While Philip has visited many times, my first trip to British Columbia, Canada, was a four day whirlwind that I still can't believe didn't even require a passport. Read our Vancouver Travel Guide for tips on what to do in Vancouver and where to eat.

On the Wednesday before the Civic long weekend, Philip cashed in his Airmiles and booked us two tickets to Vancouver, British Columbia, leaving Friday morning. Philip having visited many times before, I had never been to Vancouver and every time we considered booking a flight, we always got plane ticket shock and booked a trip to Europe instead. 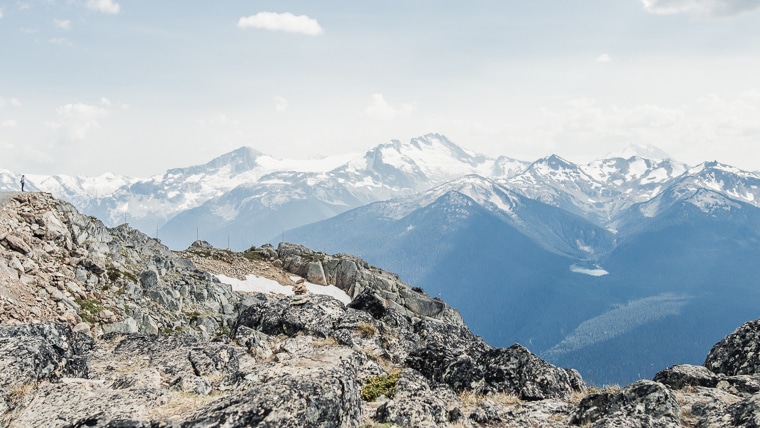 This time there was no whisking away to the Mediterranean, not that a 4 day weekend would allow, and we took off west to Vancouver. As a Canadian, it's unfortunate that traveling in our country is sometimes double a flight to Europe, and while I've seen a few cities and provinces (Winnipeg, Ontario and Montreal to be exact), it's always funny imagining what a new city or country to be like.

For me, the thought of Vancouver travel was what I had seen during the 2010 Olympics – snowboarders and skiers hanging out in the "village" with insane mountain views, crisp snow and pine trees in the distance.

What I had been imagining was actually Whistler (which we get to later on), and unlike the architecture and European charm of Montreal, our Vancouver travel came to me at a time when I really needed to slow down and disconnect. And in our four days that's exactly what we did – we disconnected from social media, left Chef and Sous Chef in Toronto and traveled like a normal couple, whatever that means.

What to Do in Vancouver

With only a few days to truly explore the city, we relied heavily on walking and renting Car2Gos, since Vancouver is not UBER friendly. Of course, their transit system is great (we did take it from the airport), with our limited schedule, the convenience and speediness of Car2Go was a definite win. Check out where we went and what we did on our Vancouver Travel. 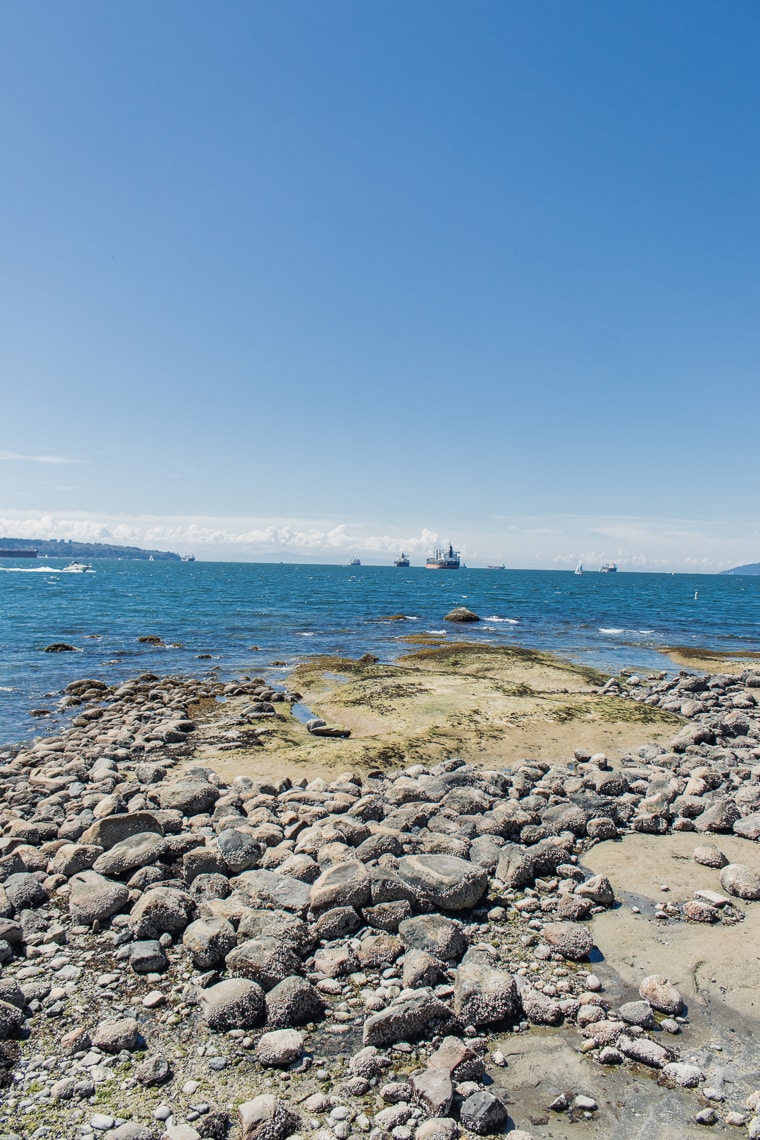 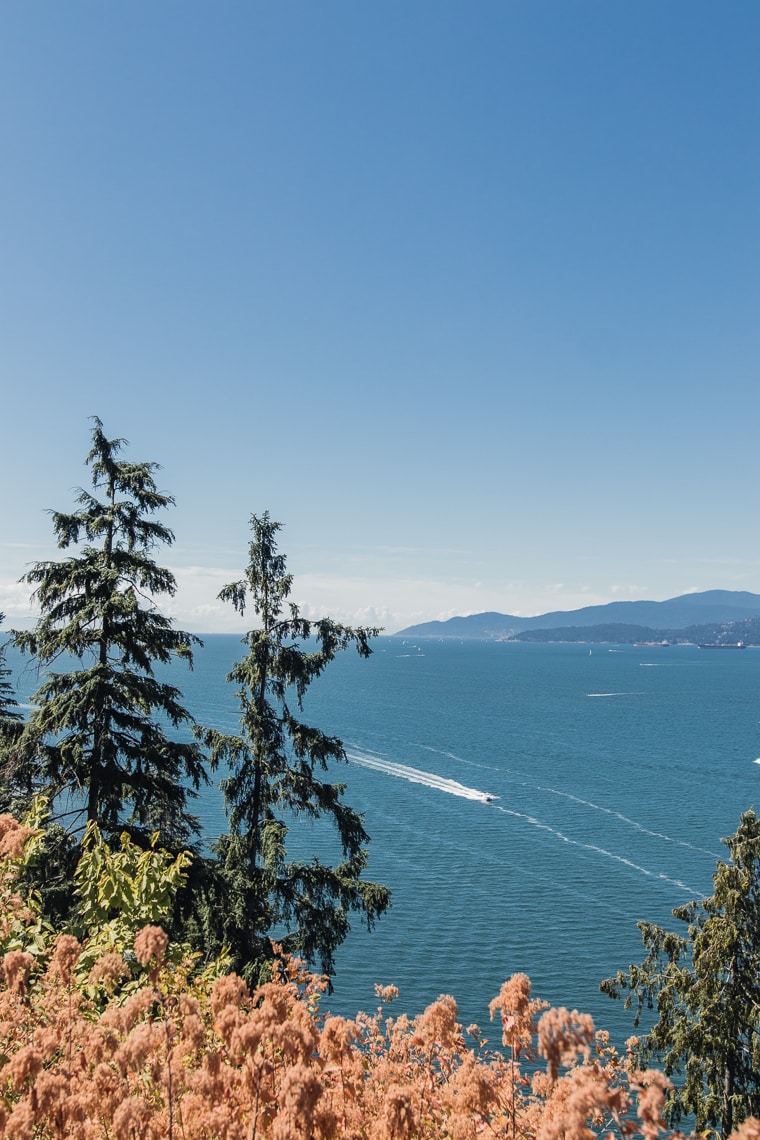 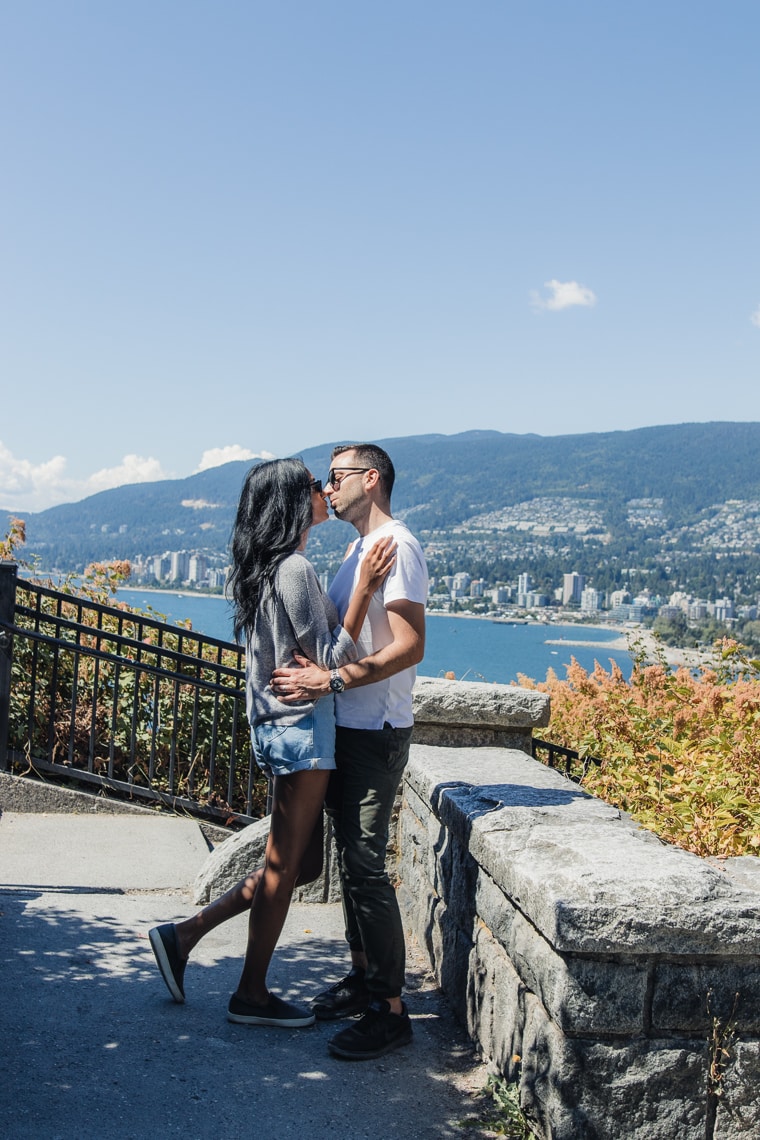 Hop on the Aquabus and head over to Granville Island for a day of shopping, eating, and taking in the sounds of local musicians and buskers. Once an industrial wasteland, Granville Island was transformed in the 1970's to be Vancouver's premier artistic and cultural hub. It hosts a public market daily filled with food vendors (more on that later) and local artisans. If you're familiar with Toronto, Granville Island is the perfect mix of St. Lawrence Market meets Kensington Markets meets the Distillery District, filled with delicious eats, fresh ingredients and local shops.

When you're ready for a great bite to eat, shopping, and taking in some live music, head over to Gastown, one of the prettiest urban neighbourhoods in Canada and named one of the most stylish in the world. This short cobblestone strip is covered by beautiful trees filled with string lights that gives it the charm it truly evokes.

Literally a rain forest in the city, Stanley Park has something for everything. Best explored by bike, it offers hiking, tennis, swimming, eating, mountain biking, an aquarium and golf (part of Happy Gilmore was filmed here). If you are limited for time, rent a bike and take the trail along the seawall. It's manageable for all ages, provides amazing scenery, and can be done from start to finish in about an hour. 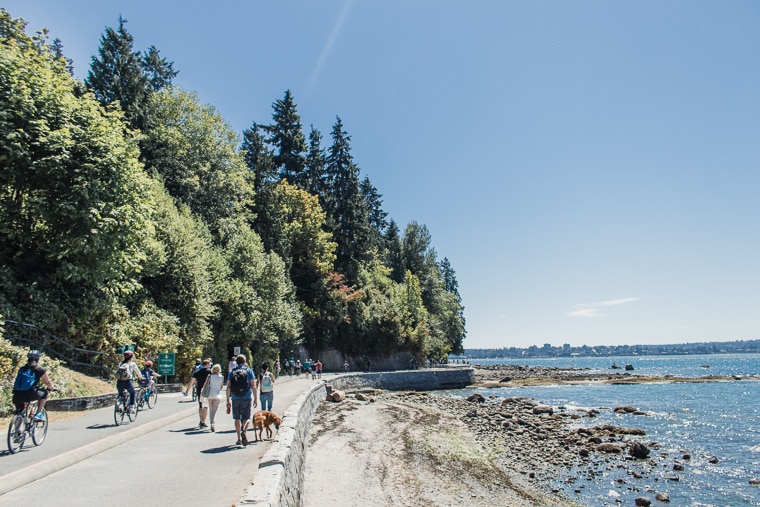 Take a bus or Car2Go and head across the Lionsgate Bridge to Capilano. This touristy spot is a cliffhanging adventure in the city, offering a suspension bridge walk and cliff walk that has you over 200 feet above the canyon below. This is one of the more expensive activities to do, but we managed to get ½ off our tickets by arriving after 5pm. 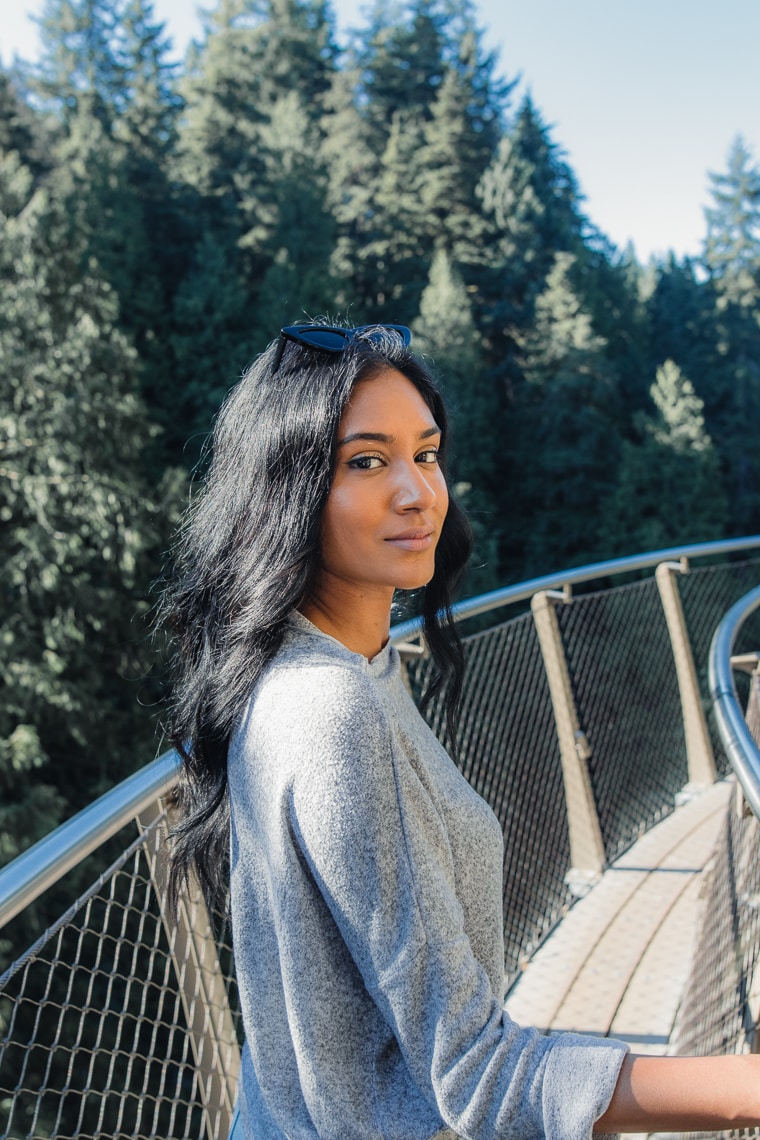 There are two main beaches in Vancouver both of which are equally beautiful. Grab some snacks and a picnic blanket and spend the day walking the shoreline, skipping rocks and collecting sea shells. Phil's brother lives in the area so he brought a bbq and bocci ball and we spent the day eating and playing games while people watching and enjoying the view of the North Van and English Bay.

If you do nothing else while visiting Vancouver, rent a car and take the drive up the Sea to Sky Highway to Whistler. Rightfully considered one of the beautiful drives in the world, I immediately fell in love with BC once we hit the highway and the city was no longer visible in our rearview mirror. The drive up offers numerous lookout points to stop and take in the scenery, plus lots of hiking trails of varying difficulty.

Arriving in Whistler is everything you would expect in a ski resort town (aside from lack of snow). It has a small town vibe with tons of cute shops, restaurants and bars, flanked by mountains and filled with young good looking people. Get a ticket for the gondala to take you to the Whistler roundhouse then take either the Peak 2 Peak Gondala (unfortunately closed during our visit) or take a chairlift to the summit of Whistler. This was the highlight of our trip, just taking in the amazing views from 7,000 feet above the earth. There are short walks and the newly opened Cloudraker Skybridge. 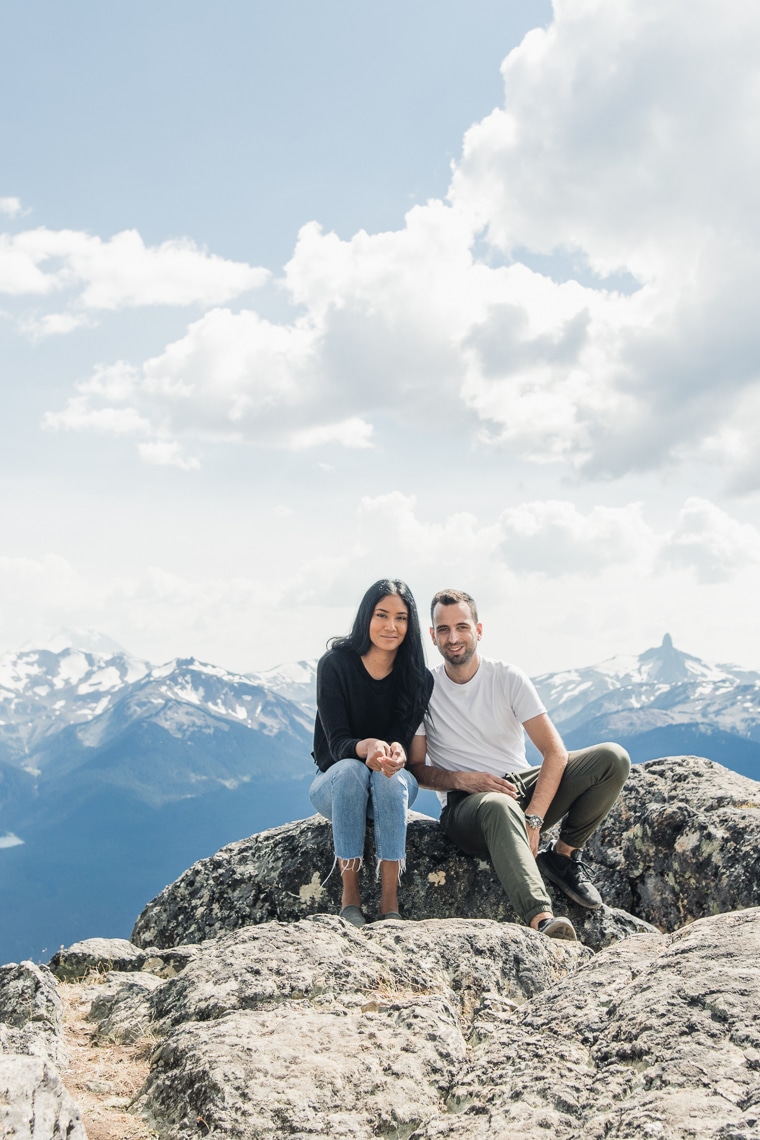 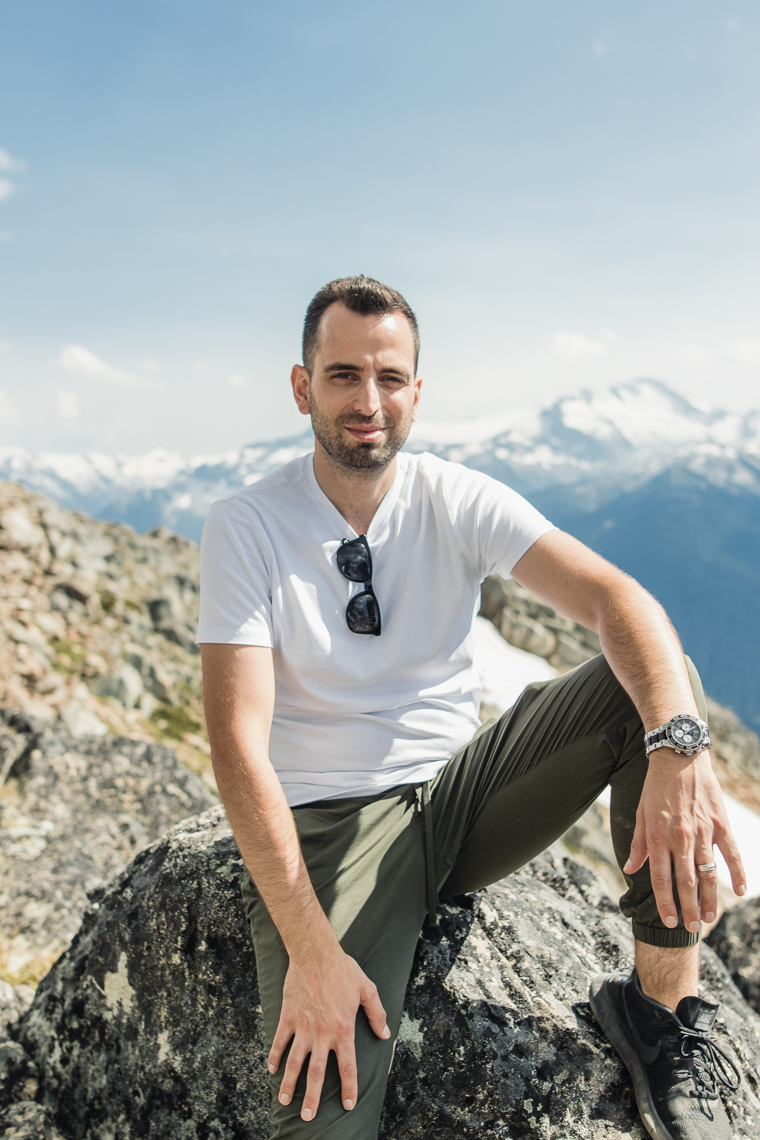 Where to Eat in Vancouver

While the majority of our meals in Toronto are home cooked and photographed by us, when we do indulge at Toronto restaurants the camera stays at home. To us, a good meal can leave an impression, a memory in your mind, a tingle on your palate more than a photo can and when we rely on our camera to capture the food we have in restaurants we’re losing the opportunity to taste, reflect and appreciate each bite. Feel free to skim past the mountains and photos of us not eating in the restaurants below.

Known for amazing brunch and long line ups, you better get here early. Phil and I strolled in at opening time to find the line wrapped around the block with no hope of eating within the hour. We put our name down for a table, did some shopping and headed back an hour later to sit down to one of the best brunches I've ever eaten out. If you know me, then you know that I hate brunch, more specifically at restaurants, so it had to be amazing for me to admit this. Medina is a beautiful space featuring brunch dishes with a Mediterranean influence, great coffee and some of the best waffles we've had outside of Europe. 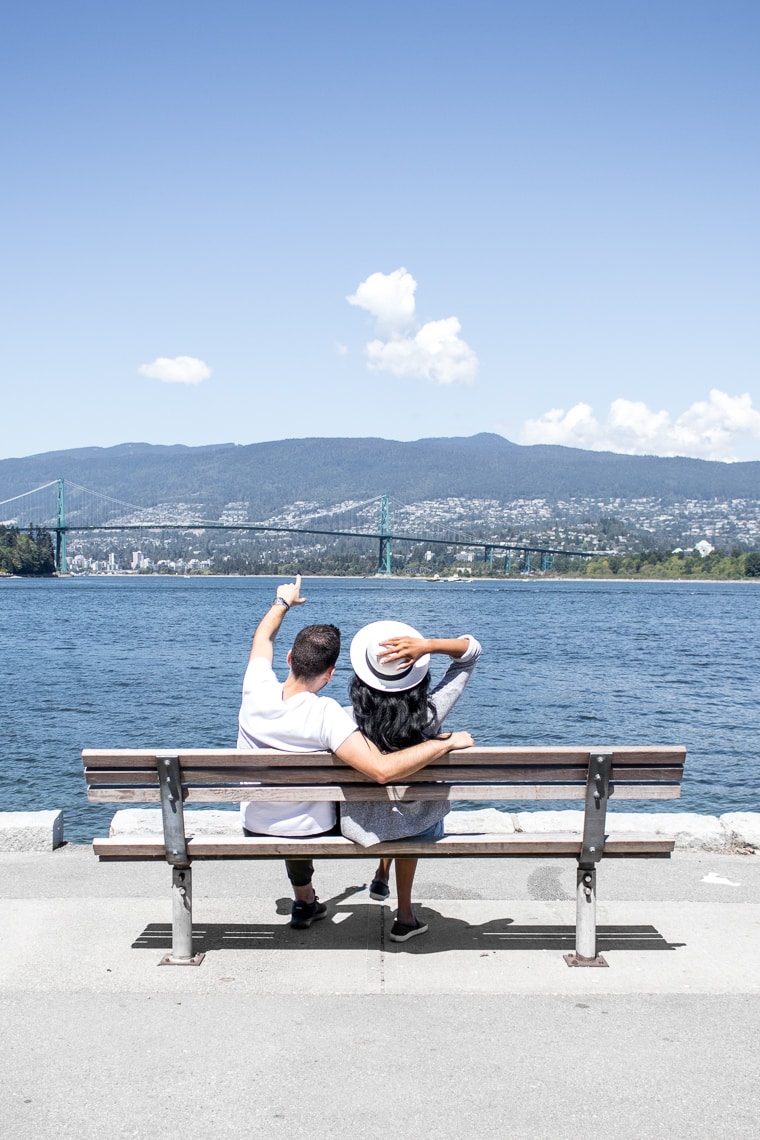 This little Taqueria was suggested to us by multiple friends, so we knew it had to be good. With several locations across Vancouver, La Taqueria offers affordable, authentic Mexican eats including tacos, burritos, salad bowls, nachos, and quesadillas. We ate at the Gastown location where the service was great and the decor made you feel like you were eating tacos in a small Mexican town. We each ate a few tacos and shared a burrito paired with some local craft beer. For under $50 including beer and tip, it was a lunch well spent.

Phil visited Vancouver in May and upon his return, he could not stop talking about this little Italian restaurant. Located in a less than desirable area of Vancouver, Ask for Luigi seats just 32 and has line ups out the door. Don't expect to come here for a quick bite as you will likely be waiting an hour or more for a table, an no, they don't take reservations. The brain child of executive Chef Jean-Christophe Poirier, Ask for Luigi offers comforting and homey Italian dishes with a subtle French twist.

Served family style, we shared fried cauliflower with chickpeas, herbs and aioli, Luigi's meatballs , a special of fresh zucchini and ricotta crostini, rigatoni bolognese, and for dessert, olive oil cake with orange and whipped ricotta. Every dish we ate was worth writing home about and I can tell you that whenever we visit Vancouver, this will be the restaurant we go to each and every time. Officially been Chef Sous Chef stamped. 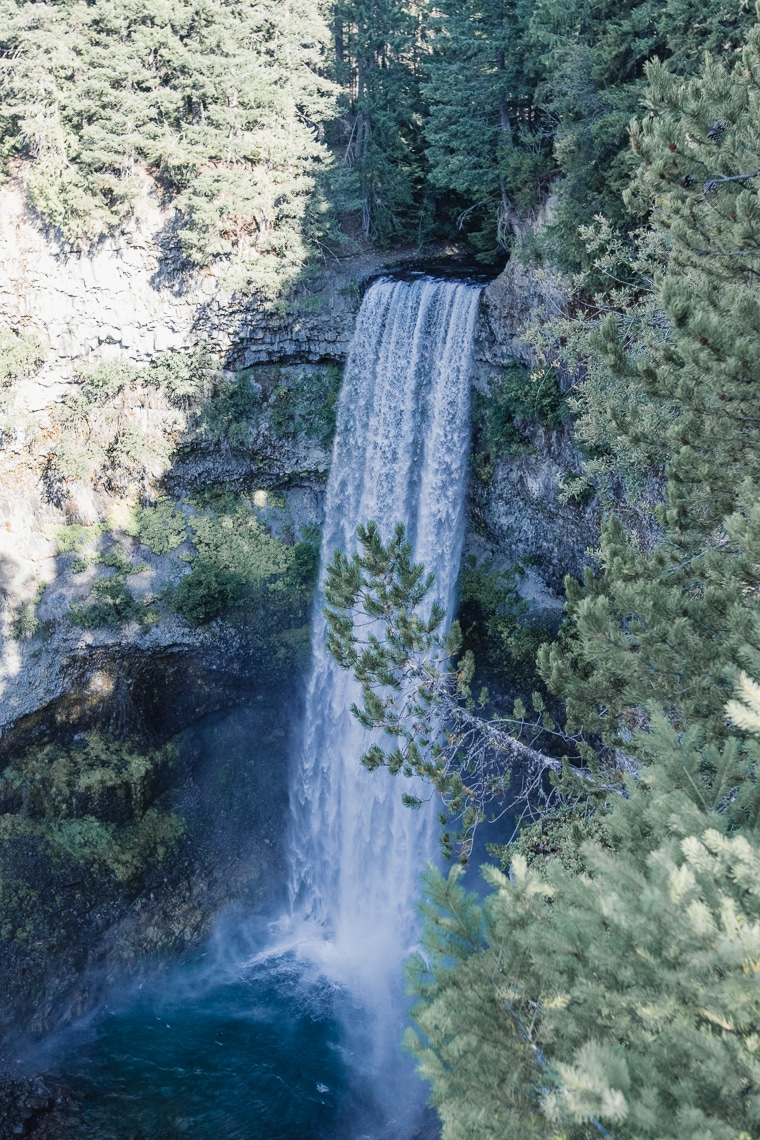 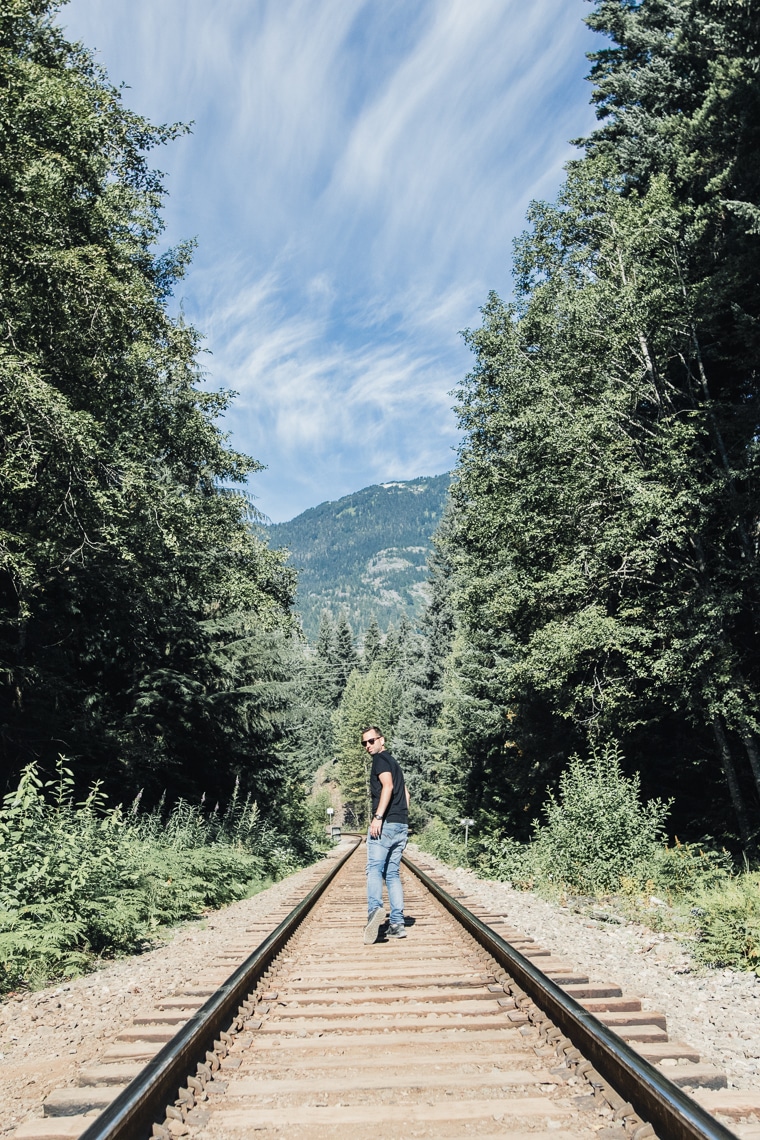 Another restaurant that's great for sharing, The Oakwood offers Canadian fare in an eclectic space and a tapas style menu. Located in Vancouver's Kitslano neighbourhood, this is a great place to eat after a day strolling along the beach and shopping on West 4th and Broadway. We shared crispy chicken skins, a "blt" salad with burrata, charred shishito peppers, the all Canadian poutine with brisket and dumplings. The cocktails are awesome, which would probably be the focus when we return to this restaurant in the future.

Best Ice Cream Ever! Another spot that Phil deemed a not miss from his last trip, Rain or Shine Ice Cream Shop is located a short walk from Kits beach. Featuring ice cream and cones all made in house, this is a must for any hot day venturing around. They have all the classics, such as chocolate, mint, and vanilla, but have elevated flavours such us London fog, blueberry balsamic, and honey lavender. 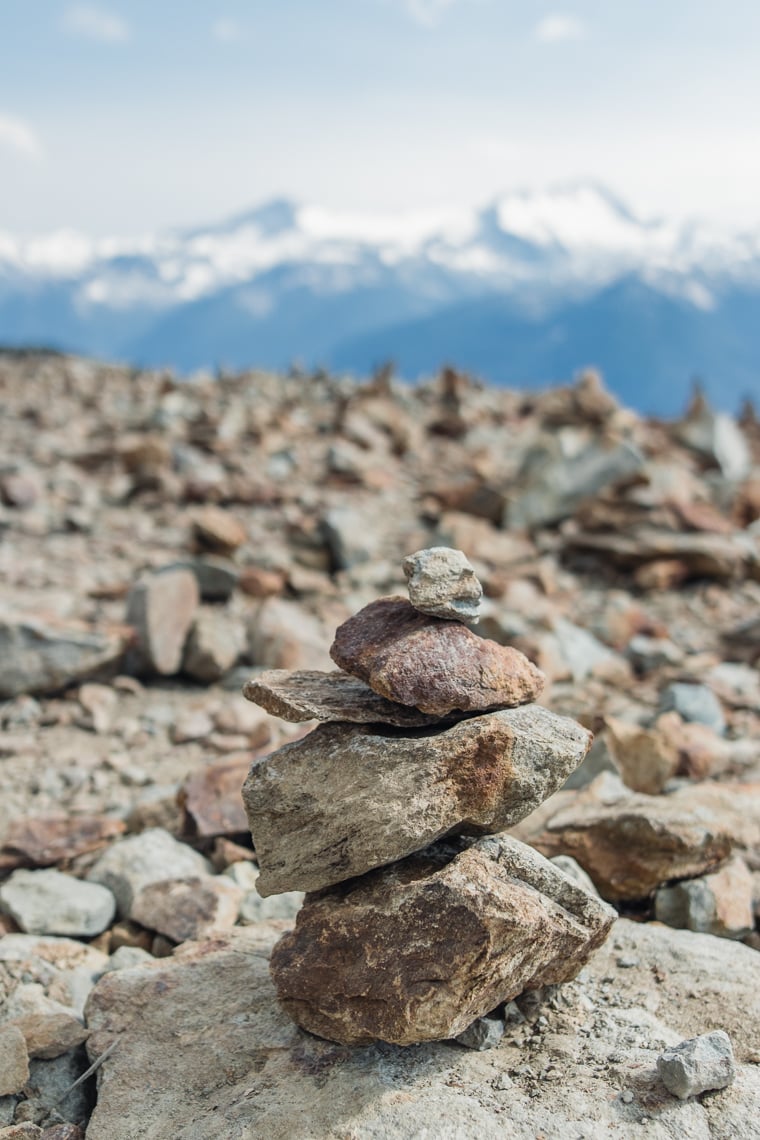 Come hungry and prepare to sample and eat your way through the market. With fresh food vendors and hot tables throughout there is something for everyone at this iconic Vancouver landmark. As a starter, buy a handful of local berries from one of the many fresh fruit vendors, then head over to The Stock Market for a comforting bowl of soup. Sample some pickles and olive oil then grab a sandwich, sushi, or even a savoury pie. Finish it off with a sample of a Lemon Square and a bag of donut holes from Lee's donuts. Once your done head to Granville Island Brewery, Liberty Wines, or Liberty Distillers for a drink.

On Sunday's Whistler Village hosts a farmer's market filled with local artisans, farmers, and cooks. There is lots to choose from including schnitzel, bi bim bop, samosa's, sweets, and our favourite, the West Coast Donair. This is like the traditional, but using a yogurt and garlic based sauce vs evaporated milk sauce typically seen on the East Coast.